Skip to content
Tickets for the upcoming Concert March 5

Lead singer Hans Bos of Soft Parade returns with a new album under the name MonThruSun. After an inspired collaboration with Dave Stewart (Eurythmics) that resulted in acclaimed albums ‘Pure’ and ‘Get Well Soon’, Soft Parade stopped in 1996. Bos always kept the music alive and now the hiatus is broken with a dazzling collection of new songs. “Let My Heart Not Become Blind” reveals a loving view of the world in which the tent canvas reveals through its holes the starry sky – a feeling of being connected.

Together with drummer / producer Remko Schouten (Stephen Malkmus, Zzz, Bull) and supported by these wonderful musician friends, Bos delves into pure, poetic words. With a voice as clear as Bowie and warm as Stuart Staples, he soothes the modern soul. Listen to a song like the hope-driven ‘Moon’; or ‘A Hole in Your Head’ that takes you to the bottom of your mind. The catchy ‘AWeSoMe’ will be stuck in your head, and after the grand finale of ‘Home’ a warm light continues to glow.

The music on the album resonates with artists like Adam Green, Spain, Pavement, The Velvet Underground, Tindersticks and – why not – The Beatles.

Right now, directors, filmmakers and animators are working on videos for each of the songs. The makers are Bara Lockefeer (Sorry), Willem Jan Bloem (Make Wishes), Eric Maas (Hole in Your Head), Stanley Kolk (Family it’s our Blood), August Swietkowiak (Inking Black), Constant Brinkman (Powerlack),  Susanne Engels (Moon), Jessica Gorter (Awesome), and Marjolein Hendrickx (I Can Be Who I Want). 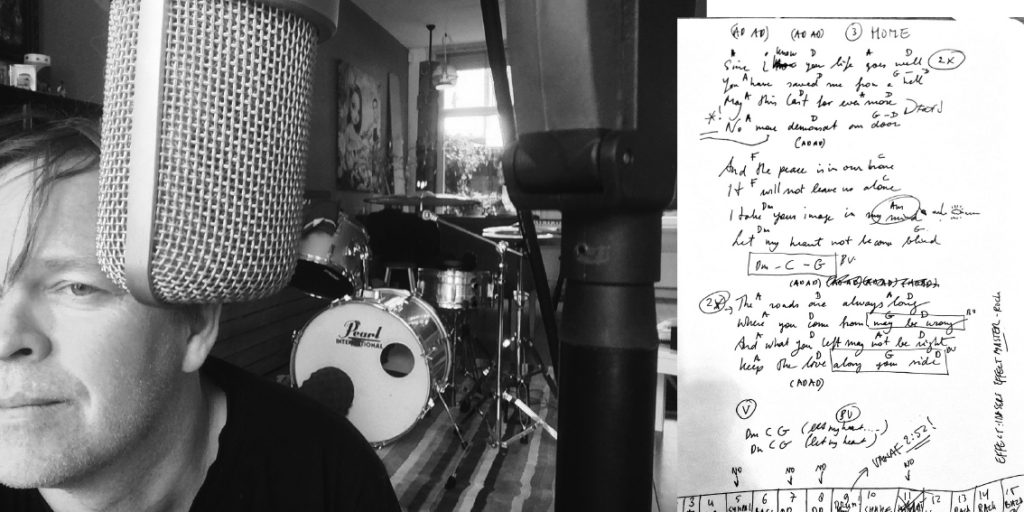 The great thing about Let My Heart Not Becoming Blind is that you can indeed enjoy it from Monday to Sunday. It is hoped that Bos will continue to find the time to come up with the next collection of songs in the foreseeable future. – Constant Meijers, Hitweek / Aloha

“It has become beautiful, Velvet Underground-ish, but with a very unique touch and beautiful arrangements” – Lotje IJzermans, VPRO Psychocandy

Let My Heart Not Become Blind

“It has become beautiful, Velvet Underground-ish, but with a very unique touch and beautiful arrangements”
– Lotje IJzermans

“These compositions are intriguing and beautiful complex”
– Gert Jonkers